In Part 1 of this blog, I explained that genome editing can be used either in research or in treatment, and that it can involve either the human soma or the human germline.

I concluded by saying that to date, there has only been one known example of germline genome editing being used in treatment in humans. What exactly happened? 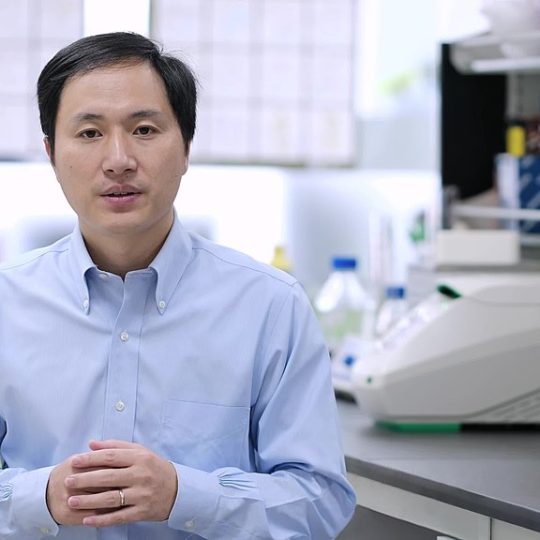 In 2017/2018, a  Chinese scientist named Dr He Jiankui – also known by his nickname, JK – edited the genomes of human embryos, and then used these embryos to establish pregnancies in women. Consequently, three children with edited genomes were born – two in 2018, and one in 2019.

Why did JK do it? He was supposedly trying to protect these children from HIV (but there’s more to it than that, as we’ll see in a moment). His actions were deemed to have broken the law in China, and he is now serving a prison sentence.

JK’s work fell far short of established scientific and ethical standards (his many mistakes and transgressions are detailed in this account). As far as we can tell, he failed even to make the specific edits to the genomes of the children that he intended to make. Instead, he edited these children’s genomes in ways whose consequences are unknown.

A related problem is that JK worked secretively. If scientists and doctors in relevant fields had known what he was planning, they would have offered him guidance and sought to dissuade him. By the time his actions became public, it was too late. So at one level, the lesson of the JK scandal isn’t specifically about genome editing at all – it’s about the dangers of scientists and doctors acting secretively.

For the sake of argument, though, let’s imagine a parallel universe in which JK was competent and diligent, and in which he successfully edited the genomes of children in the way he intended. In that parallel universe, would JK have been justified in doing what he did? I would argue that the answer is probably no, and certainly not at the present time.

Established reproductive technologies already enable people to avoid the transmission of disease (or disease susceptibility) to their children. These technologies do have some limitations, and one legitimate use of germline genome editing in future might be to try and overcome these limitations. However, avoidance of disease transmission isn’t what JK was trying to do.

Trying to make people resistant to virus infection isn’t a bad idea in and of itself. It is, after all, what humanity has been doing with vaccines during the Covid pandemic. But attempting to achieve this outcome via a novel reproductive technology is unprecedented, and raises a whole host of thorny issues.

Then there is the fact that JK reportedly tried to make these three children resistant to HIV not for medical reasons, but rather for social reasons. There are parts of China where being related to someone who is HIV-positive carries great stigma, and JK apparently thought that children could be spared such stigma, if it became known that they had been made resistant to HIV.

Again, this is uncharted territory. In most modern societies, the justification for developing and deploying drastically new medical technologies is that in doing so, we can meet otherwise unmet medical needs. To use such technologies to tackle a non-medical problem is far more difficult to justify.

Imagining a future for genome editing 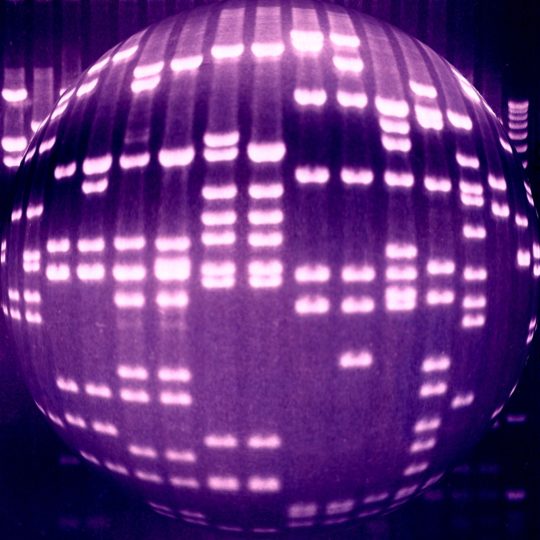 Separation of DNA fragments by electrophoresis (Guy Tear via Wellcome Collection [CC BY 4.0])

However, it would be a tragedy if the JK scandal became the last word in the use of germline genome editing in treatment. Even though such a use of genome editing is controversial, and even though laws would need to be changed (certainly in the UK) if we were ever to decide to permit it, this does not mean that such a use could never be justified.

What we need now is more understanding and discussion of genome editing – not just among experts, but also among patients who might benefit from the technology, as well as among the wider public. Happily, in March 2023 the UK is due to host the Third International Summit on Human Genome Editing, and this will be a fantastic opportunity for thoroughgoing discussion.

To keep up-to-date with news and views on genome editing, in the run-up to the Summit and afterwards, be sure to subscribe to BioNews – a free news and comment digest published weekly by my charity.

Sandy Starr is Deputy Director of the Progress Educational Trust, a charity which improves choices for people affected by genetic conditions and infertility.

The Progress Educational Trust’s free-to-attend event Editing the Human Genome: Where Are We Now? What Happens Next? will be held online on 2 March 2022.

All opinions or views expressed in this blog are those of the author and do not reflect Thackray Museum of Medicine as an organisation.