Condom – A thin rubber sheath worn on a man’s penis during sexual intercourse as a contraceptive or as a protection against infection.

Condoms around the world 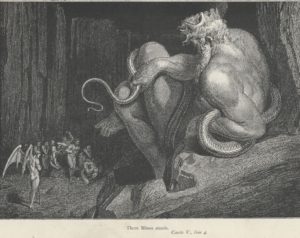 Throughout history condoms have been made with a plethora of different materials, from animal guts to rubber!

The first record of a condom dates all the way back to ancient Greece 3000 B.C by King Minos of Crete. We know this as Pasiphae, the queen of Crete, who was King Minos wife, had a goats bladder placed into her vagina. This allowed King Minos to be able to have intercourse without harming her as his semen had been said to contain scorpions and serpents…

Additionally, in ancient China, the Chinese, with their luxurious riches, huge wealth, and grand materials, created a condom from silk paper. These condoms were created as diseases and illnesses became significantly more frequent and common due to the plague which spread from central Europe to the east.

Comparatively, the ancient Japanese used either tortoiseshell or even animal horns. These were called Kabuto-Gata. Fortunately for the Japanese, they, later on, had access to condoms made from leather, this was a result of the arrival of the Dutch traders.

Furthermore, during Europe 1564 Gabriello Fallopia, who was also an anatomist and Italian catholic priest, is widely known due to his discoveries and innovations in medicine. Specifically, Fallopia discovered both the fallopian tubes and ovaries, which was a huge breakthrough in medical history. In 1564, Gabriello Fallopia published the De Morbo Gallico, the contents of this book Fallopia had stated he had created a condom made from a linen sheath, which when dipped into a solution of salt and or herbs, would form protection against diseases (specifically STDs).

Furthermore, 18th-century British condoms were usually only created in one size and before use had to be dipped in water. Throughout the 18th century, the condom industry was dominated hugely by two women by the names of Mrs Phillips and Mrs Perkins. These women had a huge competition with each other as, during this time, they were the only two most successful condom businesses.

Mrs Phillips manufactured condoms for a long and successful 35 years, she created them from the finest and most luxurious skins and bladders. Not only did Mrs Phillips fulfil orders from Britain, but she also sold her condoms to people in Portugal, Italy, Spain and France! In order to advertise their condoms, both Mrs Phillips and Mrs Perkins would have paid street hawkers to do it for them in London. This was a useful form of 18th-century advertising as hawkers would scream and shout short and catchy phrases to the public to engross them into purchasing a product.

The modern-day condom is thanks to an American self-taught chemist, Charles Goodyear. Goodyear is widely known due to his discovery of the vulcanisation of rubber, which is the process in which rubber is created. This discovery had a huge impact on modern-day rubber condoms. Goodyear creating rubber led to a much thinner, more efficient condom with a thickness of only 1mm, resulting in today’s latex condom. 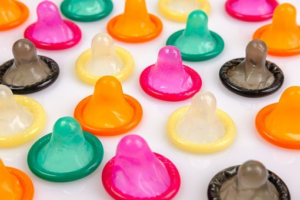 The origin of the word ‘condom’

There has actually been no agreement or confirmation on the etymology of the word ‘condom’. All that is known is that the word ‘condum’ spelt slightly differently from the word  ‘condom’, was first seen in a poem in 1706 and later, the word ‘condon’ was found in a literary journal in 1709. Throughout history, the condom has had a myriad of other different unique yet arguably interesting names, such as gloves, the male sheath, machine, french letter and my personal favourite, the male riding coat. 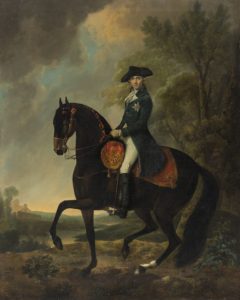 For folks at home who want to save money or happen to be on a budget, here’s how to make a sheep gut condom!

Step 1 – Soak a sheep’s intestine in water for a few hours.
Step 2 – Turn the sheep’s intestine inside out.
Step 3 – Then macerate them once again in some weak alkaline. Change the alkaline every 12 hours.
Step 4 – Scrape them gently and carefully in order to remove the mucous membrane. This leaves the peritoneal and muscular coats, exposing them to the vapour of the burning brimstone.
Step 5 – Wash them in soap and water.
Step 6 – Inflate them.
Step 7 – Dry them.
Step 8 – Cut to the length of 7-8 inches
Step 9 – Finally, border the open end with some form of ribbon or string in order to tie around the base of the penis.

Note: Before use, soak condom in water.