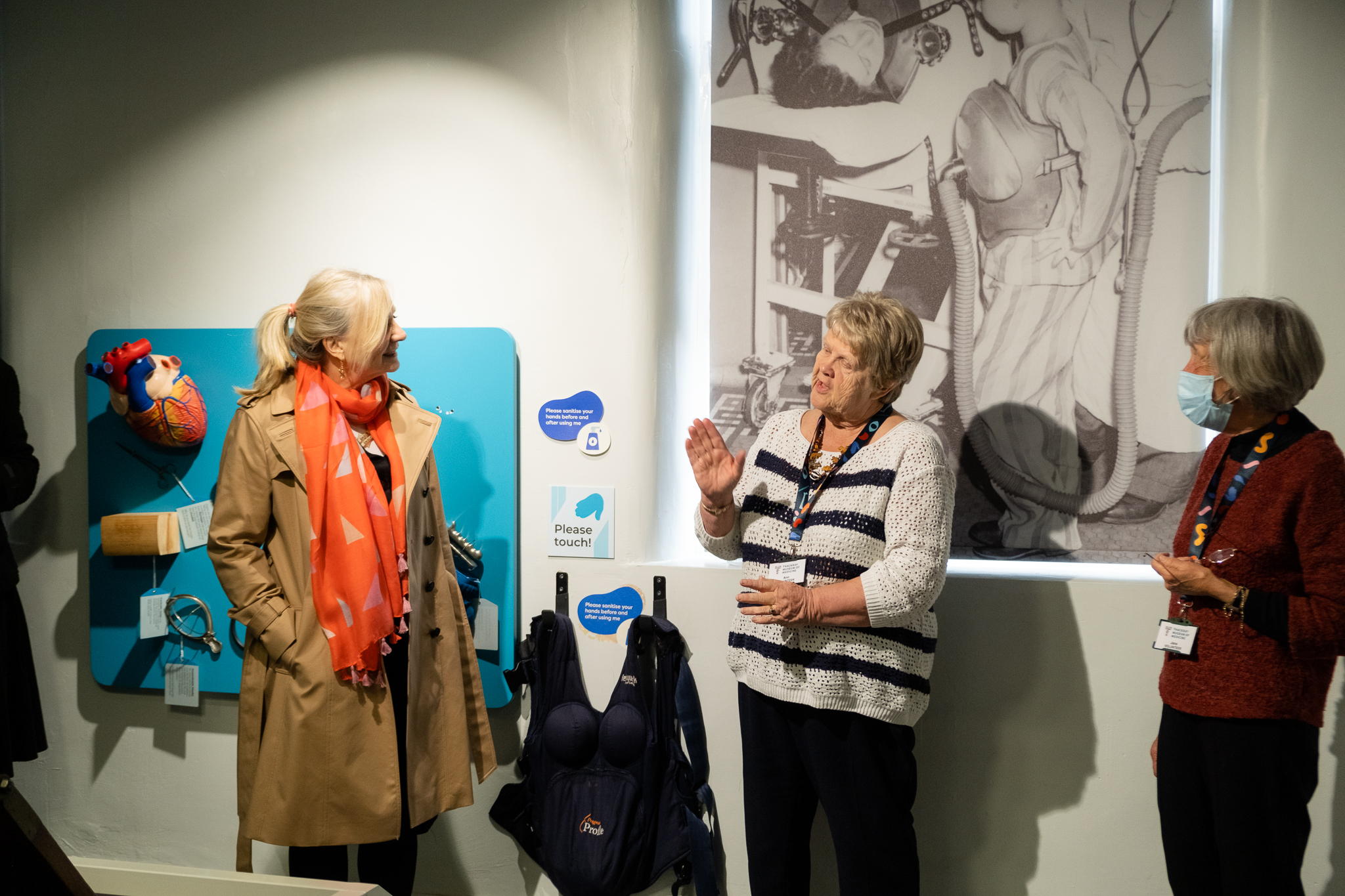 Volunteers Anne and Jane, both former anaesthetists, share some stories with Tracy Brabin

On Wednesday 3 May, it was my pleasure, alongside our Chairman and team to welcome Mayor Tracy Brabin to the Thackray, as she looked forward to the anniversary of her election as West Yorkshire’s first Metro Mayor.

Since her election on 6 May 2021, Mayor Tracy Brabin has shown a real enthusiasm for culture and the way it can help build better places to live. It was great to see her bring that enthusiasm to the Thackray, where she toured our galleries, met volunteers, staff and community collaborators and saw for herself the range of programmes on offer at the museum.

As a member of the West Yorkshire Combined Authority’s Culture, Arts and Creative Industries Committee, I’ve been able to see over the past few months how the Mayor has opened up a conversation about how culture can both better support communities and the Authority’s priorities for place-making, regeneration and wellbeing but also how the Authority can practically support the development of a healthy cultural sector. After participating in discussions about the benefits of volunteering, social prescribing and ways to extend access and participation it was naturally really exciting to be able to show her the Thackray putting all of those ideas into action in the very unique way that we do. 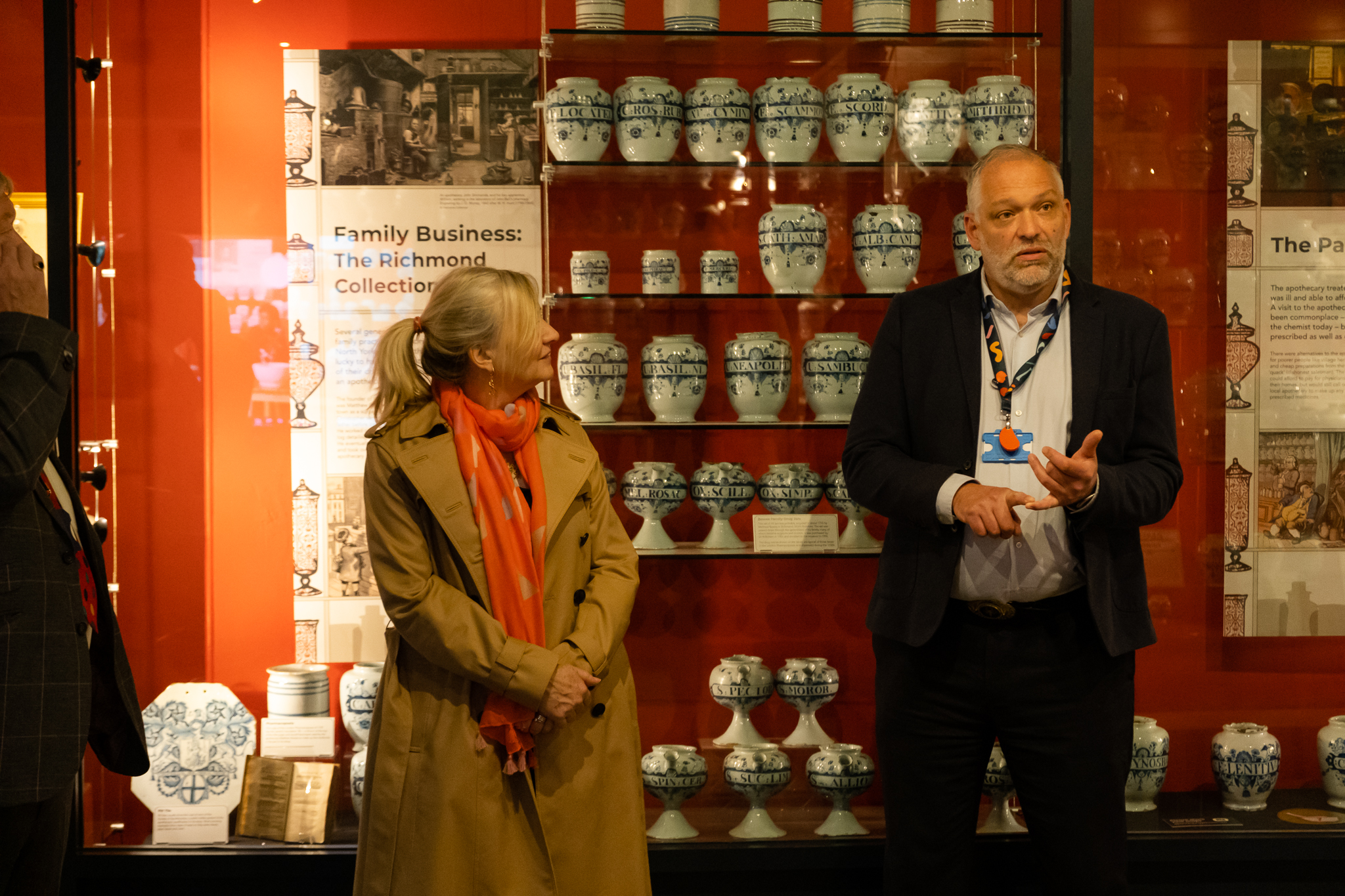 In our Apothecary’s Art gallery, the Mayor met creatives from Sable Radio and heard how our co-creation programme was bringing the museum to life for local young people

Mayor Tracy was able to see first-hand our wonderful co-created galleries, produced with over 200 participants from 24 different organisations in the region. She met our knowledgeable and dedicated volunteers – hearing both about the benefits of volunteering at the museum and also of the vast array of insight the volunteers bring to the museum experience. Creativity and co-creation were clear strands throughout the museum. The Mayor immersed herself in our ‘Tranquillity’ touring installation, explored our new under-5s play space and took the time to drop in on children from Westbrook Lane Primary School enjoying a Victorian lesson (as an actress and screenwriter herself, she was enormously impressed by the way in which the children threw themselves into roles as the residents of ‘Disease Street’, the museum’s Victorian slum). The Mayor also had the chance to meet our collaborators from Sable Radio, to see the way that young people from the community have been developing podcasting skills and giving their own spin to the museum – as well as seeing our facility to host practical healthcare, from social prescribing to vaccine research. 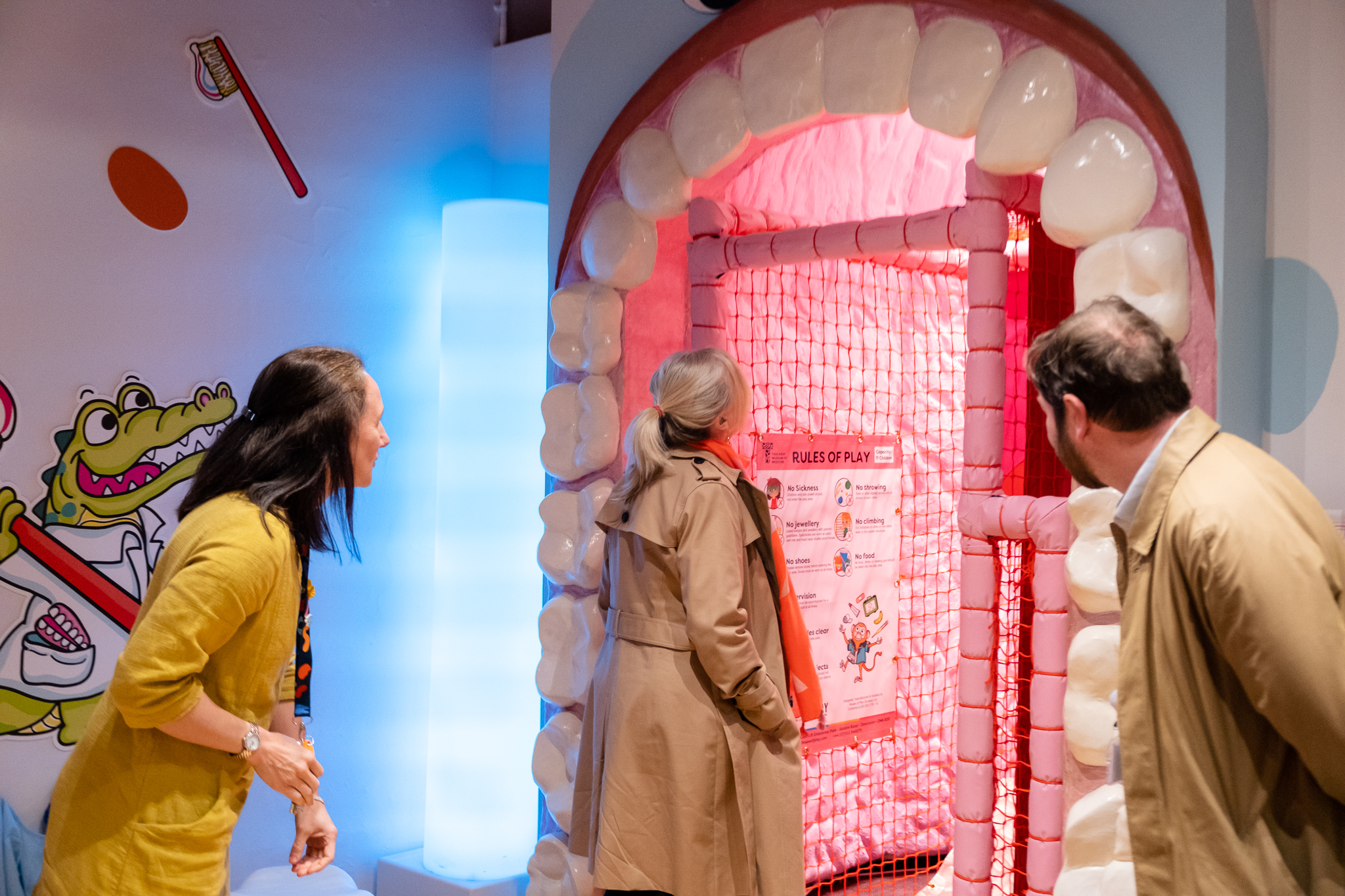 Our new Sparks! play space proved a favourite – as it does for so many visitors

We do everything at the museum with a view to promoting people’s agency when it comes to medicine and healthcare. Whether that’s simply coming away from the museum with better understanding and armed to make better choices about healthcare; whether it’s feeling a little less mystified or intimidated by the world of medicine or whether its being inspired to get involved in medical research or careers – we want to be a museum that ignites imaginations and sparks action. Without a doubt, the Mayor and her team were inspired by the creativity and energy on show at the museum. Over a final, quick bite in the museum’s café the Mayor declared that we were far more than a museum of medicine – but one of humanity. Well – who are we to disagree? 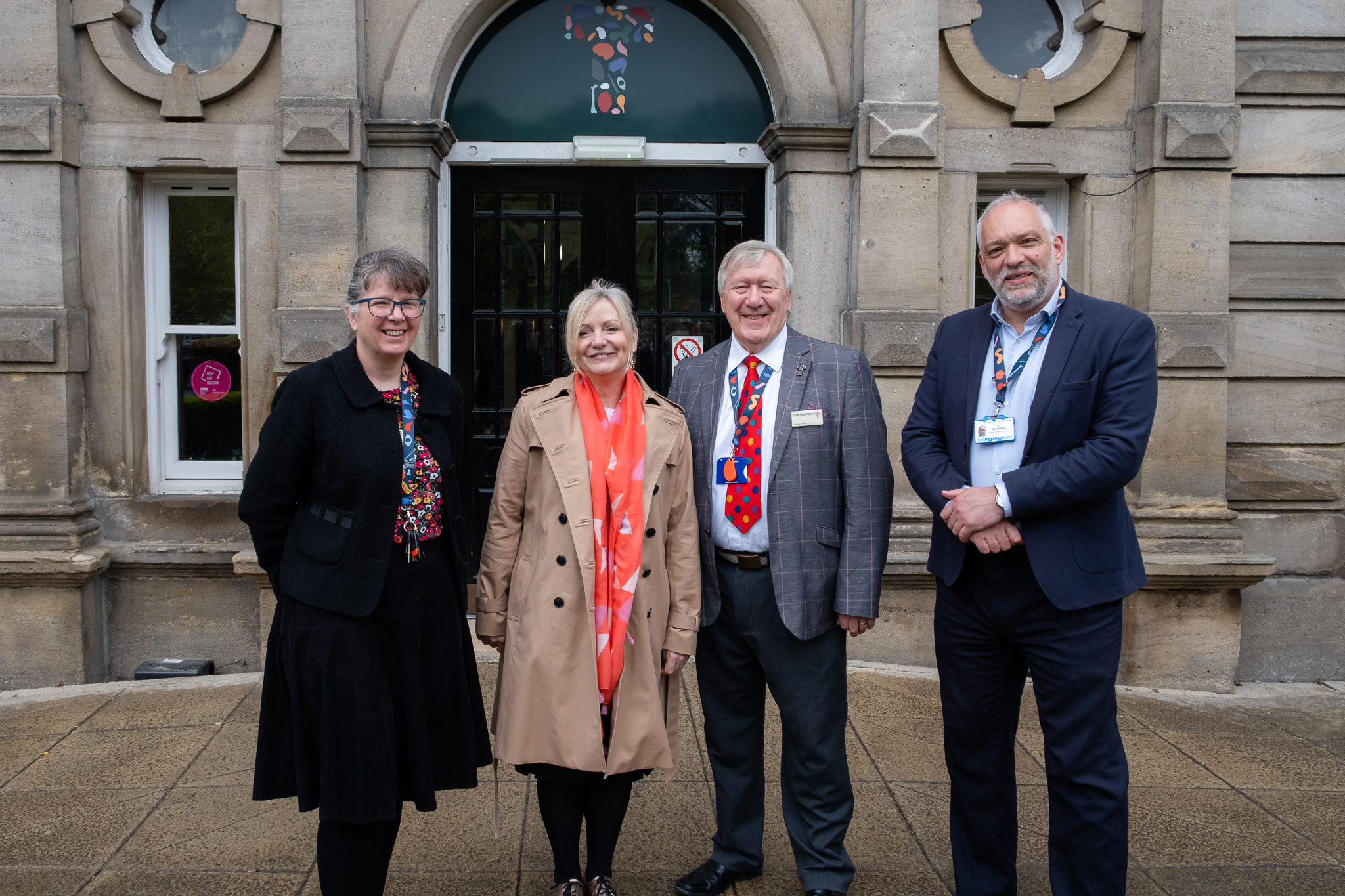 We very much look forward to seeing the Mayor back at the museum over the years to come – there’s clearly a healthy future ahead for the region.